Lee Wang is the most hard-working member of the volleyball team, but she hadn’t got any chance to be on a court since freshman year. One day, Yu Shao, the Ace on the team, hasn’t shown up until a game is about to take place. Lee Wang did not expect that due to the absence of Yu Shao, the opportunity that she’s been waiting for has finally come. However, this is also a turning point in their friendship… 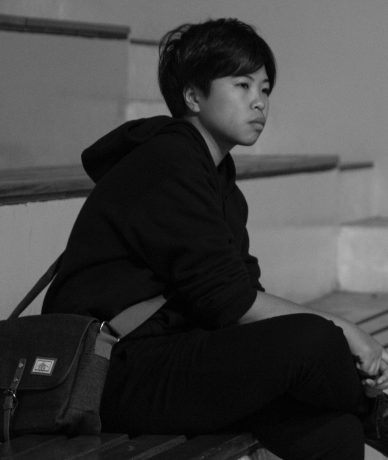 Hungyi Wu was born in Taichung,Taiwan, in 1991. She finished her bachelor’s degree in laws at National Taiwan University. However, she loves filmmaking so much that she gives up being a lawyer and chooses to do her second bachelor’s degree at the film school. Her graduation work, On the Waitlist is nominated for Taiwan Golden Harvest Award, won the Best Director award in Seoul International Women's Film Festival and won the Special Mention of the Ecumenical Jury prize in Oberhausen International Short Film Festival.

“It is so lucky that our efforts paid off, because something cannot be done only with effort.” ——Changhui Ching