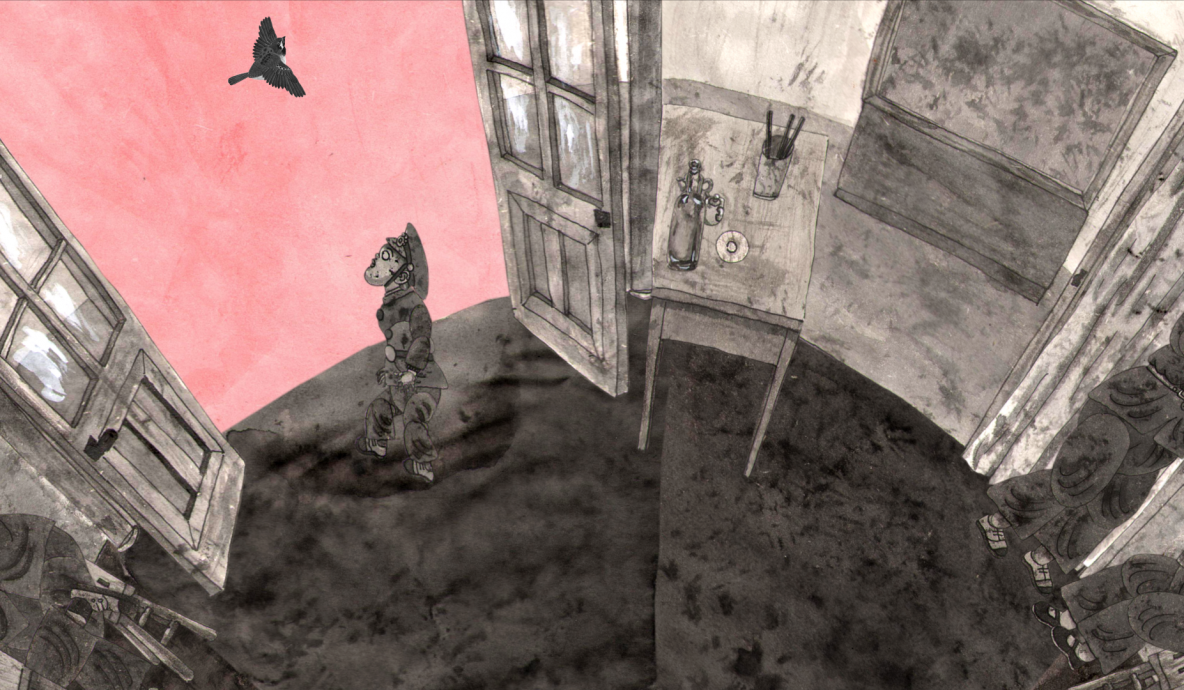 In a restaurant in China, waiters try to swat flies while a number of diners eat their food.

Revolution Is Not a Dinner Party.