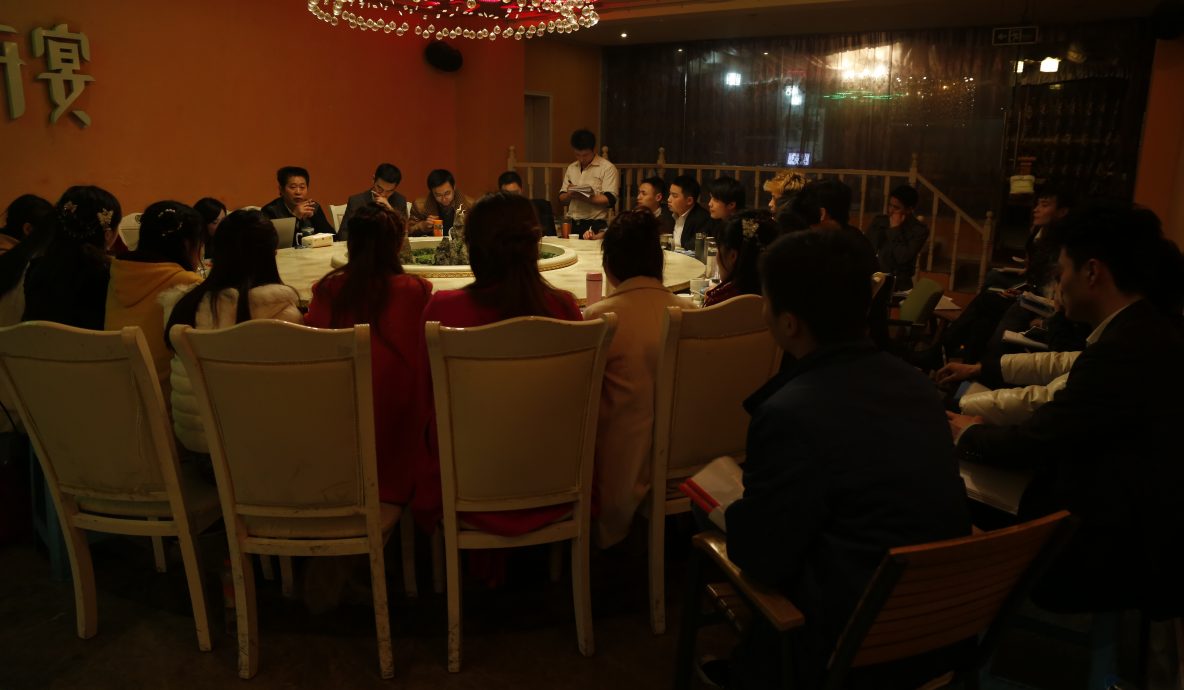 The Land of Peach Blossoms

In a utopian world called ‘The Land of Peach Blossoms’, grandiose collectivism is spread out from the central authority, which asked the youth to sacrifice the self-consciousness, to establish an ideal community. In the utopian experiment of happiness, tiredness and strictness, the faith among people gradually reversed by reality, some even become resistant. The wonderland faces a severe challenge.

Zhou Mingying was born in Changsha, Hunan Province in 1989. He graduated from Sichuan Fine Arts Institute in 2012. Now, he is working and living in Beijing and Chongqing.

After the Spring Festival in 2014, I acquired a job from a theme restaurant called ‘The Land of Peach Blossoms’ as a photographer and was responsible for its promotional film production. Shortly afterward, I realized that under the centralized administrative mode, workers lost their individual consciousness… The operation was essentially alike to the absurdist time in history. So, I picked up the camera to record everything that happened in front of me.

<The Land of Peach Blossoms> Trailer