“I do not care if we go down in history as barbarians.” These words, spoken in the

Council of Ministers of the summer of 1941, started the ethnic cleansing on the Eastern Front. The film attempts to comment on thisstatement. 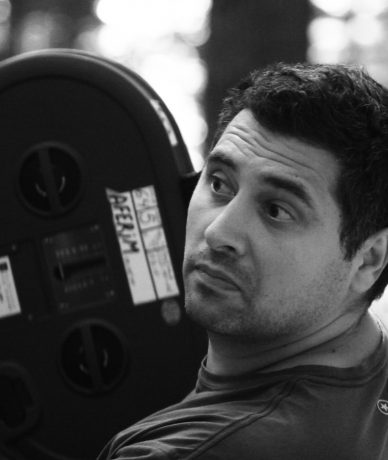 RADU JUDE (1977) graduated the filmmaking Department of Media University in 2003. His debut feature film, The Happiest Girl in the World (2009), winner of NHK/Filmmaker Award in Sundance and Hubert Bals Grant, was awarded with the CICAE prize in Berlinale-Forum 2009. It was selected in more than 50 film festivals among which Toronto, New Directors/New Films - NY, Thessaloniki, Sarajevo and London. World premiered in the 65th Berlinale Competition, Radu Jude’s third feature, Aferim! (2015) was awarded with the Silver Bear for Best Director in Berlin. I Do Not Care If We Go Down in History as Barbarians is his sixth feature and world premieres in the Official Competition of Karlovy Vary International Film Festival.

Thinking about our dark history makes one look back with the horrified gaze of Walter Benjamin’s angel of history, whose “face is turned toward the past. Where we perceive a chain of events, he sees one single catastrophe which keeps piling wreckage upon wreckage and hurls it in front of his feet. The angel would like to stay, awaken the dead, make whole what has been smashed. But a storm is blowing from Paradise; it has got caught in his wings with such violence that the angel can no longer close them. This storm irresistibly propels him into the future to which his back is turned, while the pile of debris before him grows skyward. This storm is what we call progress.”