The Disappearance of My Mother

Benedetta wants to disappear. An iconic fashion model in the 1960s, she became a muse to Warhol, Dali, Penn and Avedon. As a radical feminist in the 1970s, she fought for the rights and emancipation of women. But at the age of 75, she becomes fed up with all the roles that life has imposed upon her and decides to leave everything and everybody behind, to disappear to a place as far as possible from the world she knows.

Hiding behind the camera, her son Beniamino witnesses her journey. Having filmed her since he was a child in spite of all her resistance, he now wants to make a film about her, to keep her close for as long as possible – or, at least, as long as his camera keeps running. 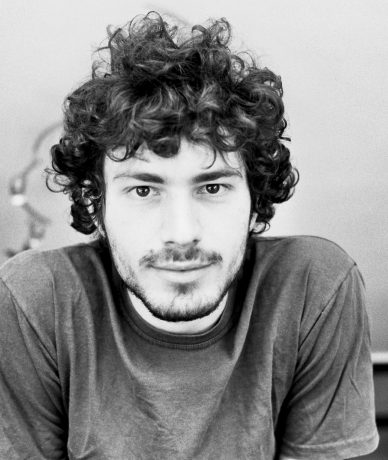 Born in 1986, Beniamino Barrese graduated with a degree in Philosophy at Statale di Milano, International Political Economy at King’s College London and later received his MA in Cinematography at the National Film and Television School in Beaconsfield, UK. Since 2011 he has been working as a filmmaker, director of photography and photographer. His work as a DP includes fiction and documentary features, commercials, fashion films, music promos and short films, which have travelled around festivals worldwide. The Disappearance of My Mother is his first feature-length film as a director.

Ever since my dad gave me a camera when I turned seven, making images has been a strategy to keep hold of the people I loved. I tried to film my mother too but never been easy. I have always felt a reverence, a sort of resistance while photographing her.

We always had a strong bond, but I had a feeling that there was so much more behind the part of her that I could see and access. For instance, she never told me that she was a model.

Making this film became a way to confront my visceral fear of losing forever what is bound to disappear. At the same time, it was a way to collect and preserve my mother’s legacy. I hope she will realize that what I did was hopefully done with the kind of integrity that she has always tried to keep within herself. After filming her, I might have finally understood that ‘what truly matters, is always invisible’, my mom says to me.