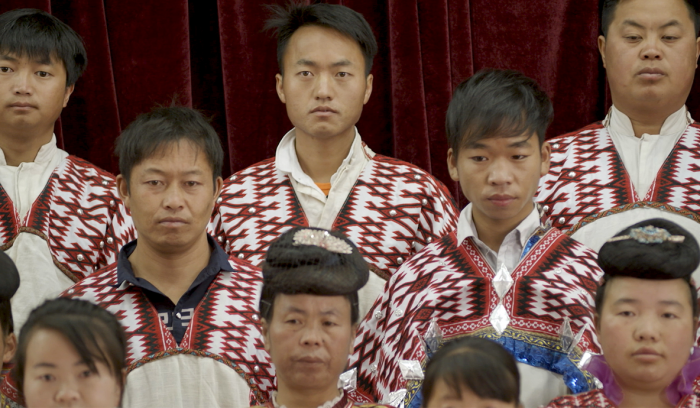 After hiding in the mountains for a century, a Miao ethnic village choir is discovered by an outsider and becomes a national sensation. Two young Miaos and all the villagers must reconcile their faith, identity, and love with the real world of China.

Chen Dongnan’s debut film, THE TRAIL FROM XINJIANG, a profile of three pickpockets from China's far west Xinjiang, has been widely screened worldwide. She worked as one of the producers, directors, and editors of the film SOUND OF VISION, an experimental short following a blind man’s exploration of New York, nominated for the Emmy Award, and premiered at the Hot Docs. She also co-edited THE INVISIBLE SHORE (dir. Zhao Qi), a selection of the Busan International Film Festival. She graduated from the documentary program at New York University.

I first came to Little Well in 2014 when the choir was at rehearsal. Villagers just came back from the farmland with muddy hands and shoes. Their voices were so beautiful, and their faces were peaceful. All the happiness and hardships in life were chanted in the hymns.

The Miao lost almost everything, including their homeland and written language, during the painful migrations in history because of frequent wars. However, there was one thing that wars couldn’t take away – the Miao took deep pride in singing for nature and spirituality, which is also their only oral history. With the arrival of western missionaries in the 1930s, Christian hymns brought consolement but also led to the disappearance of their past folklore…Then today, the choir got the opportunity to step out of the mountain and became a national sensation, and the meaning of singing is changed again. After all these happened, who were they and who are they now?