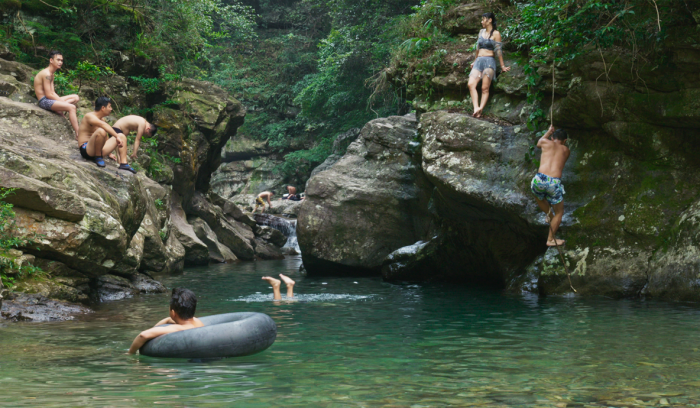 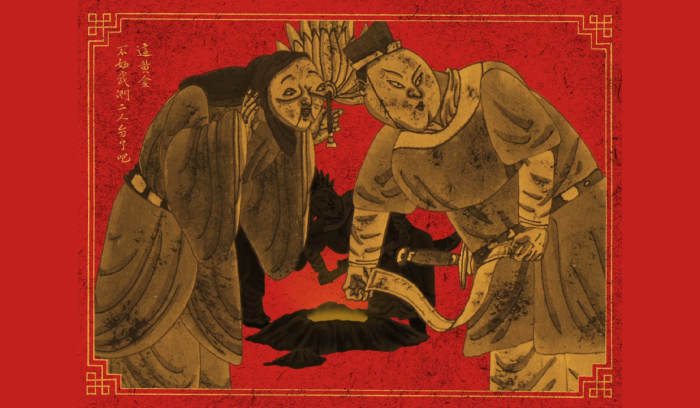 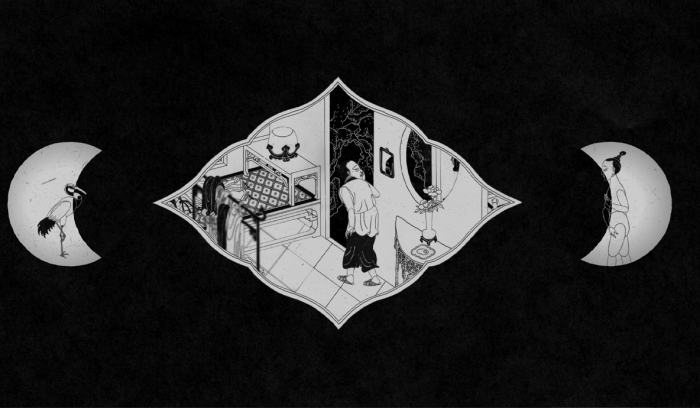 THE MOUNTAINS SING
“Hawfwen”, a traditional gathering that once-popular where the Zhuang people sing folk songs. It often takes place around the clan temples or under the old trees. Singers are divided into male and female groups. They improvised their lyrics to sing in correspondence with one another.
Traveling along with the songs in antiphonal style, the camera has found different singers and gatherings, lingered in the rural areas and urban cities, trying to find the broken echo of “hawfwen”.

THE DRAGON HEAD TREE
This film is about a dead dragon. It’s about how he has been caught and been eaten. He was a magical creature from the ideal world. After he died, he becomes a symbol for people.

GOLD IS EATING PEOPLE
There is an old saying in China: “People die for wealth; birds die for food.” When someone discovers gold, people of different identities and classes fight to get the gold for themselves: brothers shoot each other, and friends murder each other. This is a parable about greed, exposure, satire, and reflection on the evil of human nature.

THE SIX
A man, a woman, and a crane, in six repeating scenes.

Yang Xiao, born in Guilin, Guangxi in 1989, graduated from Shanghai University in 2017 and now lives in Shanghai. As an assistant director and storyboard artist, he participated in the production of THE WILD GOOSE LAKE and KAILI BLUES and engaged in film editing and art critics writing. His works have been exhibited in many international film festivals, including Paris, Tours, Hawaii, Washington, Orlando, Busan, Delhi, Hanoi, Kuala Lumpur, etc.

Chen Lianhua (Chen Xi) is an independent director. In 2010, he was awarded the Special International Jury Prize at the Hiroshima International Animation Festival. Chen Xi is the curator of the 5th China Independent Animation Film Forum. He is currently a lecturer at Beijing Film Academy.