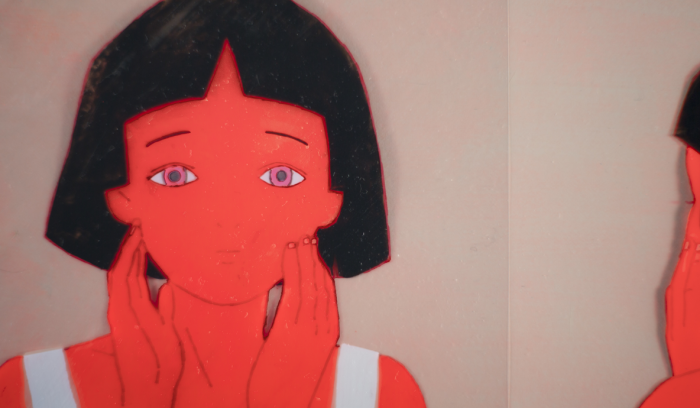 Following a break-up, Wen sinks into melancholy. She can’t talk to anyone and therefore speaks to herself a lot. By understanding that it is not the love she has lost but her confidence, she will be able to reconcile with herself and feel ready to love again.

This film is inspired by my experience. Following a difficult breakup, I, who am quite extroverted by nature, turned in on myself. More and more, I looked at my nails and scratched my skin. Alternating between manic episodes and depressive episodes, the fear of talking to others has caused me to talk to myself a lot. The words accumulated in my heart but did not come out of my mouth. During this period, I expressed myself a lot by drawing and that’s how the idea for this project was born. Although it deals with melancholy through depression, this film is deeply optimistic. Grieving a relationship, a person, is a long process that is experienced differently for every person. Wen, the character in this story, will manage to rebuild herself and gain confidence. In order to do so, it’s essential to show one’s qualities, but also one’s dark side and weaknesses.